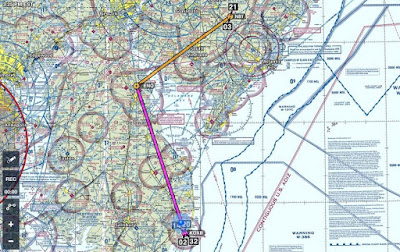 The weather was looking good for some fly time today, and I am trying to keep with at least one flight a week. I posted on FaceBook if anyone wanted to meet up, no pilot takers but my brother-in-law Dave was ready to ride. 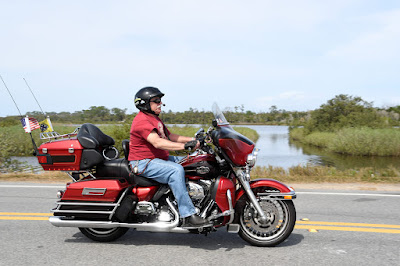 Dave needed to leave by 9am and I needed to be in the air around 10am.  We swapped text messages one last time to confirm I was still a go. There was an overcast layer at 4,200 feet across the Delaware Bay and into New Jersey. I'm not comfortable crossing that low at the mouth of the bay spanning 17 miles. Instead I headed north for Dover AFB and would make my crossing there where the Delaware river meets the bay, approximately 5-6 miles wide.

ATC was entertaining as Dover Approach was doing training today. Yes, they made mistakes but calls were quickly corrected and everybody went about their way.  I crossed the river and pointed to Hammonton, N81. Dover handed me off to Atlantic City Approach and I road along with them until I was within 10 miles of my destination. I didn't top of the VIRB battery charge and lost my landing video at Hammonton.

Dave was there maybe ten minutes ahead of me. We walked to the Apron Cafe' located at the end of the ramp on the approach end to runway 3. The food and service was excellent. 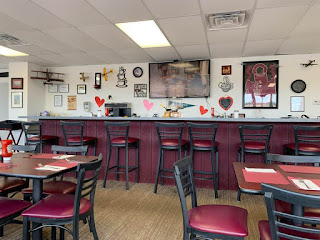 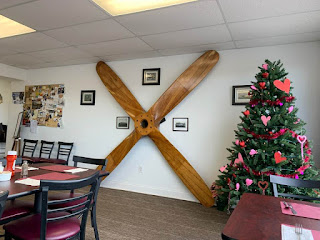 We watched a few helicopters fly by as we ate and then finished up breakfast.  Dave came out to see the plane and then I saddled up for home.
I had a fresh battery for the return trip and even got some additional footage from both windows across the wing. I climbed out to 4,500 feet for my crossing and shadowed the Delaware Coastline heading for home. 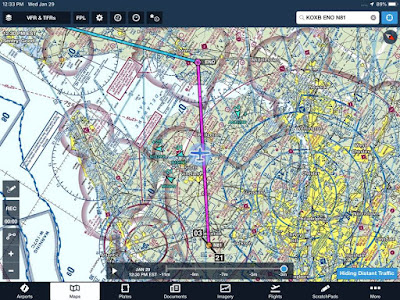 The ride was a bit smoother then the trip north, and the views were much better with the sun reflecting off the Delaware Bay. 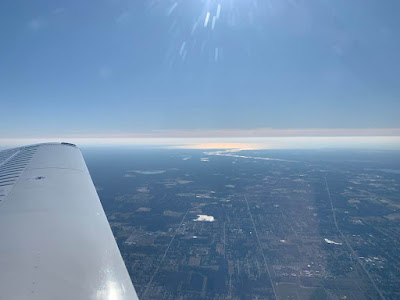 I rode the tailwinds home and enjoyed the 10-20kt push.  It was better then fighting the headwind I had this morning. I monitored Dover Approach and once south of Delaware Coastal I switched over to Ocean City. 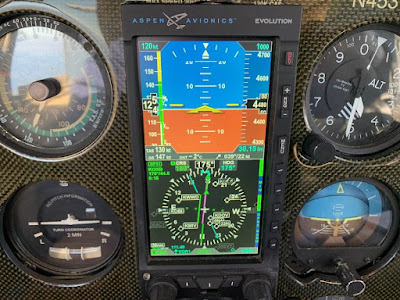 The winds had changed from this morning.  The winds now favored runway 2.  This made my approach easy as I entered the left downwind, making the appropriate calls along the way.

I did make a better landing back at home then my first time at N81. With another flight in the log book I was ready to face the battle of getting 3 Tango Charlie back in the hangar.  My tugs wire connection to the  fwd/rev switch came apart and I had to hand tug her out this morning. Time to put her back in the hangar. I figured I could use the exercise and gave it a go...not happening. The slight incline really made me dig in and push, and as anyone who reads this blog knows, my sticks just won't cut it.
It was time to do surgery on the tug. I disconnected the battery and then reconnected the four wires to the switch. I really need to put a dot of solder on the connections to keep them from pulling apart. So with a quick electrical pit stop completed, I was good to go and managed to tuck the pane in the hangar.  When I pulled the tug out from the nose gear and parked it in its usual spot it wigged out.  It stuck in the on position and would not shut off, in either direction. I could hear Keystone cops music playing in my head. I hit the switch to keep it from running under the wing and into the back wall, now running itself almost over me and out of the hangar. I picked up the T handle and fiddled with the switch while the wheels were in the air turning, it finally stopped.  I disconnected the battery, again, and removed the switch that had pulled apart.

I'll use the new electronic spray cleaner I picked up and reassemble the switch, I'm also looking for a replacement part.
Posted by Gary at 9:12 PM