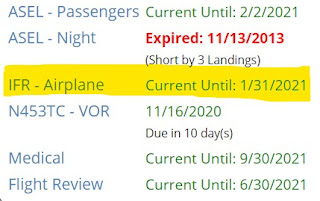 I had arranged to fly with my hangar neighbor Chet K for Monday, but, it was way to windy. We agreed on getting out early this morning (8am) to knock out a couple. At least we had a plan.
I sat up last night and watched the election returns, finally surrendering to the sandman, passing out around midnight. I made my nightly 3 am nature run and remembered to turn on 3 Tango Charlies pre-heat. That was odd, I received no confirmation that my text message went through.  I tried at least five more times, still nothing for confirmation.  My brain storm was to call T mobile and make sure there was money on the card and that was confirmed. While I had them on the phone I added ten bucks for some extra protection.  I gave T-Mobile a few minutes and tried again, nothing. I decided I would feed the dog at 6am and then head to the airport by 7am to plug in for an hour, better then no heat at all.
Once I arrived I made sure the antenna and cable were both good to go, they were both fine. I reset the breaker for the GFI outlet and plugged everything back in, for the tug power cord, and the switchbox. I sent another text and I heard the click followed by a confirmation text message. Yea! A simple fix.

At 8am I tugged 3 Tango Charlie out of her nest and set up the video cameras. I gave some thought to a tail cam but decided to pass on setting that up.  Today would be a front, side and crew view.
Chet rolled in on time just as I was finishing up my camera set up, and he quickly climbed aboard. I had completed my preflight while killing time this morning and sumped the fuel since I took on fuel last week. 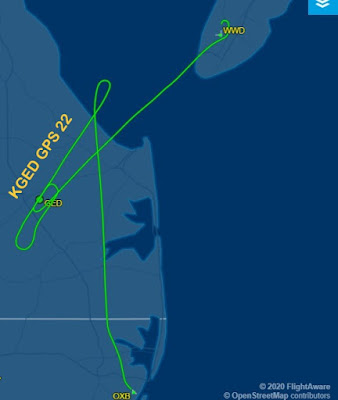 We taxied out for runway three-two and after run-up launched for Delaware Coastal (GED). The ride was smooth and there was no traffic. I selected the RNAV GPS 22 approach. I wanted to use the autopilot but shot the first by hand, ok with the AP heading bug. We went missed and climbed out to re-enter the pattern for the left down wind runway two-two. I made an ok landing and taxied to the terminal, securing a front row parking spot. I used the ole noodle and called Op's to see if the restaurant was even open before I shut down, it was not. I released the parking brake and we taxied back for departure, now planning for the Cape May Airport (KWWD).
I departed the Delaware Coastal airport environment and pointed for Cape May, climbing at seven hundred feet a minute to my Delaware bay crossing altitude of five thousand five hundred. The air was smooth and I made good speed even with a ten knot headwind. You could easily see Cape May from the Delaware Coast line, and all the way up to Atlantic City.  I nosed 3 Tango Charlie over and made my way for the pattern, crossing midfield and landing on runway one-nine.
Breakfast was good, however, I think the prices have went up, at least the service is always good. Chet somehow convinced the waitress to give him the bill and I told her that wasn't very nice since I had asked for it. Besides, I wanted to pay for the four sheriff's seated at the next table.  At least I got to pay that bill. Thanks Chet, breakfast on me the next time. 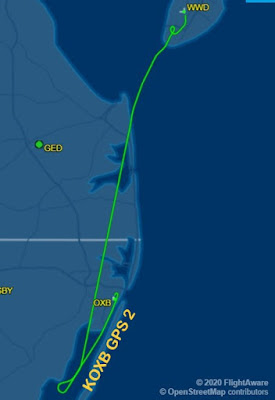 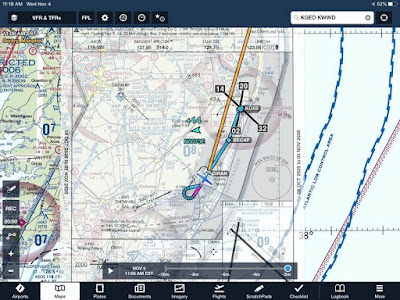 We saddled up and taxied back out to runway one-nine, followed by a smooth take-off and climb out.  I made one loop just south of the Cape May Ferry Terminal then pointed for home once I had some altitude. The tail winds were nice as we scooted right along hitting 142 knots while pulled back to 65% power (22/24). I set up the Garmin 480 for the RNAV GPS 2 approach, direct CIRAN. We made one loop for the procedure turn and headed in, breaking off early to enter the left down wind for runway two-zero. I made a nice landing to end the day and I am now once again IFR Current, at least until January 31, 2021.
Posted by Gary at 11:30 PM

Good for you on getting current again! Mr. Fancy autopilot... ;-)

I wonder if you have the same GSM cell phone switch that I have? (I have an old Witura single outlet switch that Reiff used to sell on their website, but I don’t thing this one is made anymore.) Mine will occasionally stop responding, but a quick reboot (unplug, plug back in) seems to fix the issue. I really wish we had WiFi in the hangars because that would open up some nice options for remote activation of the preheater. Not to mention that the T-Mobile signal is a bit sketchy in my area and, though it has worked reliably, the signal strength is right on the ragged edge of useful and that’s with running a remote antenna outside my Faraday Cage of a hangar.

Thanks, it feels good to be allowed to play in the system again. The AP is now part of the process in travel and approaches. I have to try and keep current with it despite me trusting my approaches rather then the magic box. I actually enjoy using the heading bug on the AP instead of a full coupled approach, it keeps me more in the game, ahead of the plane, at least in my mind.

I'm using the switchbox unit. We suffer with no wifi in our hangars and nothing close by to piggy back on here at the beach. My antenna cable is routed outside and the mini mag mount sits nicely between my neighbors and my hangar doors.