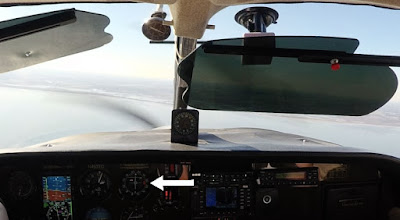 My friend and fellow pilot Charles G was in town on business, but, he had a few hours on his schedule to fly. Well, if he had the time I have the plane, let’s do it.

We agreed to meet up at eleven and get some fly time, and make a stop at Delaware Coastal for lunch. I got to the airport in time to take on fuel, and complete my pre-flight. Charles pulled up at quarter till and we climbed aboard.

Once wheels up we pointed for the GPS RWY 22 approach, direct to the initial fix HUVOX.  I had my fill of approaches, today I handed over controls to Charles flying right seat. Charles flew off of his iPad and 3 Tango Charlie’s GPS and CDI. 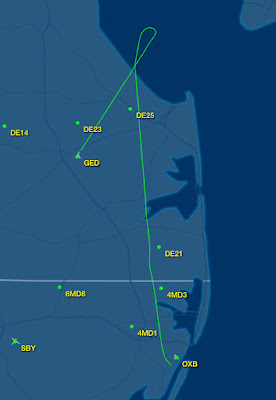 I have to say for and instrument student he kept altitude within twenty feet and didn’t stray from course at all.  I managed power, gear, and flaps when needed.  The minimum descent altitude was 320’ but we swapped control at five hundred feet and I made the landing. 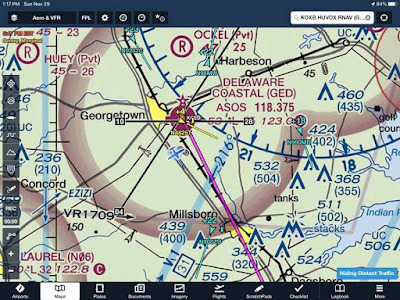 Arena’s restaurant was busy, and the ramp was bustling with airplane activity. It was a good day for general aviation. Charles and I each had the combo, sandwich and soup.  I had a cup of chili and half a tuna salad club, Charles had a BLT with his crab soup choice.
We finished up and then headed back to Ocean City.  The traffic at OCMD was one plane, and we followed it in, number two  to land. Another fun day flying along with a tasty lunch.
I was impressed with Charles knocking out the approach and tracking as good or better then I do in my own plane. With his Cherokee 140 down for an engine replacement I want to try and keep him flying. I think Charles passed 170 hours this year, so he's crushing my sorry numbers.  I look forward to catching up again soon.
Posted by Gary at 11:30 PM

It was a beautiful day in the northeast to fly, no question!

170 hours? Wow. He IS crushing it. Kudos to Charles! And good on you for helping him to keep current while his airplane is unavailable.

Chris, Charles has done so much for Mary and I. He got us back in the air after the accident and encouraged me to fly. Getting him some airtime is the least I could do.