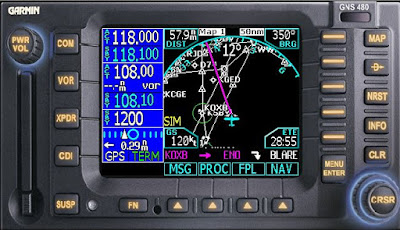 As seen in the picture above I created a flight plan for Ocean City (KOXB) to Wilmington Delaware (KILG)with ENO VOR as a waypoint. On this simulated flight I set up a hold at ENO, pictured below. 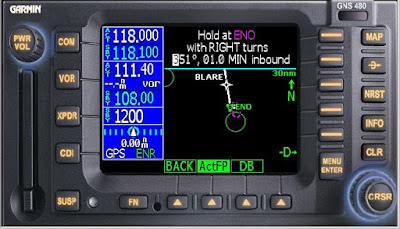 A holding clearance issued by ATC will include at least the following items:

Let's role play a bit. ATC clears us as follows.

This tells us what we need to set up and fly the hold. The unspoken info is, since no distance or time was given, is to fly one minute legs and a standard right hand pattern. Remember, standard hold patterns (right) are the opposite of the standard landing patterns (left). 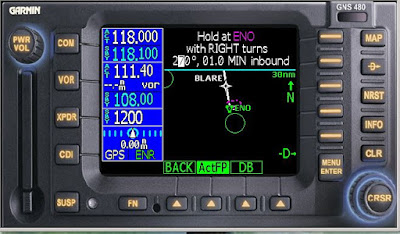 In order to be inbound on the 090° radial I set up on a 270°, I left the default right turns and one minute inbound selections. 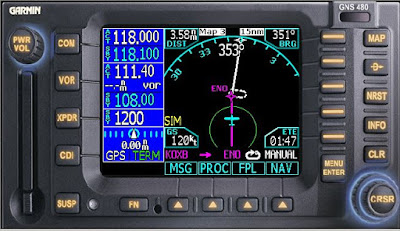 In the above picture you can see the racetrack hold displayed on the GPS at the ENO VOR. 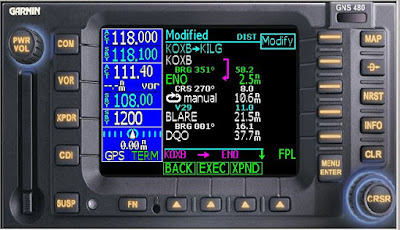 Above you can see the hold listed on the flight plan page. Once everything is entered you must select the EXEC button on the bottom to execute the modified plan. I continued to fly the flight plan and after one loop in the hold, and approaching ENO, I clicked on the SUSP button to resume the original flight plan.

I must say it was pretty easy, we'll see how it goes in flight, eventually under the hood. I have been previously spoiled by the FlightStream 210 and 'sending' every change to the 430/530 with a touch of a button. At least there is an autopilot to help when it gets busy or in IFR conditions.