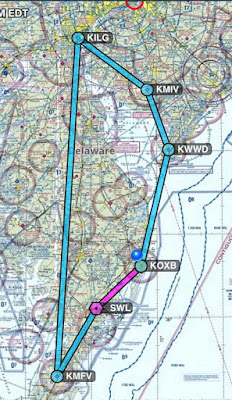 Today's mission, yes a mission, is to complete the insurance solo time requirement in our Commander.  The weather is beautiful and the humidity is nonexistent.  That's right, it's beautiful sunshine and no stinking humidity, a perfect day to fly.

I had 3 Tango Charlie topped off on Thursday evening while showing the plane to my friend and fellow pilot Rob S (Rob's PPG Adventure). This morning I needed to sump fuel and complete the preflight. I have decided that it's easier to keep the hangar door closed, climb aboard and do the light check, when by myself. Next up a walk around and detailed gear and control surface check, everything looked great.

I tugged 3 Tango Charlie out into the sun, she looks beautiful. Once positioned on the ramp I disconnected the tug and stored it back in the hangar.  With a final look around I closed the hangar door and climbed aboard, ready to complete the required time. 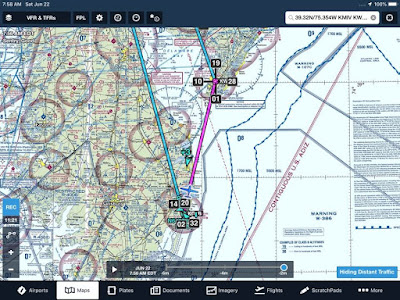 3TC fired up on a few blades a purred just fine. I entered my flight plan on the GNS 480 and picked up the weather before releasing the brakes for taxi. The plan is to fly over to Cape May, NJ (KWWD), land then depart for Millville, NJ - KMIV, Wilmington, DE - KILG, Accomack, VA - KMFV and finally home to Ocean City.  Winds were pretty much down the runway as I made my way to three-two and completed my run up. I made my call and rolled on to the runway, adding power to start the take off. All gauges were in the green, heels were on the floor, with rotation just shy of seventy knots. I traded calls with inbound traffic and pointed for Cape Henlopen to cross the Delaware Bay.

I was following another plane across the Delaware Bay, I was at five thousand five hundred, they were at twenty-five hundred. I'm still learning how to slow this Commander down as I approach the airport. I turned towards the Cape May coast, pointing towards the lighthouse then back for the runway. I made a nice landing now that I am learning the sight picture. I gave some thought to breakfast but decided to taxi back and head towards KILG, skipping a stop at Millville (KMIV). 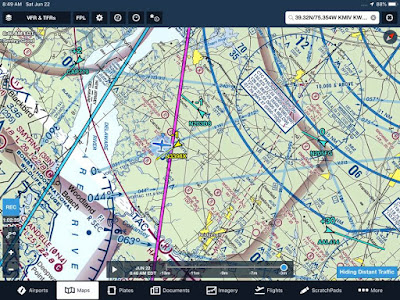 I monitored Atlantic City Approach for a time then switched to Wilmington Tower. I picked up the current ATIS and at ten out advised I was inbound full stop with Whisky (the weather info not the drink). I was cleared for a straight in three-two and eventually cleared to land. I made another nice landing and again taxied back for departure. 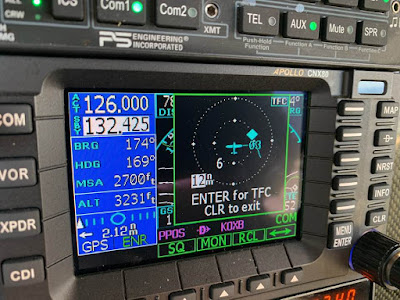 I did listen for Frank and Mike in the Twin Comanche but never heard their tail number. I was ready to go, and advised the tower. I was cleared for take off with a left turn out, that would work just fine. Once clear of Wilmington's Delta airspace I contacted Dover Approach for flight following. It was nice to ride along and listen to all the traffic. 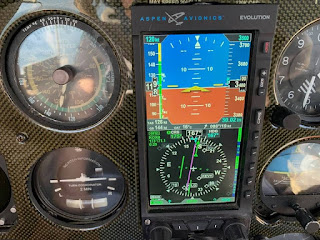 Once Dover cut me loose I changed my destination and now pointed for Accomack, KMFV. I remained clear of Salisbury's airspace and clear of the Restricted area surrounding Wallops, R-6604E. With Accomack in view I monitored Unicom for local traffic and decided on making a 180 and for headed home. 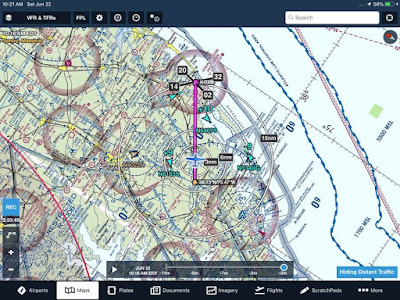 The ride was smooth all day until the last five miles or so as I descended for the traffic pattern at Ocean City. I made my position calls and entered the pattern, number two for the field.  I was also trying to time my arrival with meat bombs falling around the airport. The jump plane was very busy today. I made an ok landing with a bit of an early flare, then pointing the nose correctly to fly 3TC on the runway. I logged 2.5 hours tach time and completed the insurance required solo time! Woo Hoo!!


We are now free to move about the country!