The Accident Video, in Photos 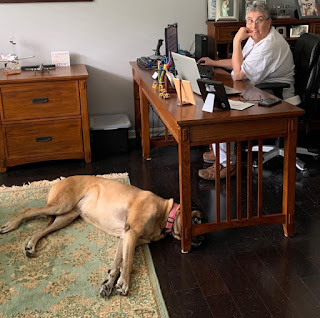 As I had noted in a previous post, the FAA returned my video and camera back on December 20th 2019.  Of course, I sat and watched it multiple times and even made a video I thought about releasing on YouTube. Like I said, I made the video but then stored it away along with the SD Ram card for safe keeping.

I was contacted by another YouTube creator about joining him, in studio, to be on his video channel to discuss the accident. I gave it some thought and called back declining the invite, but, open to a possible collaboration in the future. I have been working on adding video to my Garmin 480 legacy GPS unit how-to posts found under my Favorite Links. It has been fun, and as usual, I shoot with no script just winging it. I have been known to wander off on a tangent a time or two. If you read this blog, you understand. 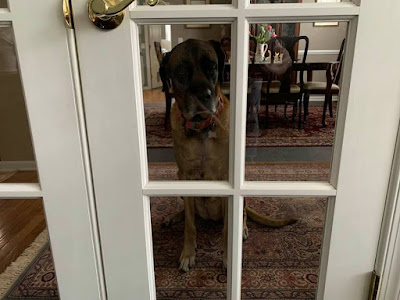 The house was quiet. I locked Ziva out of the office so there was no background noise. Mary was busy with feeding the birds and mixing up a batch of sugar water for the hummingbird feeders.  I had my face buried in the computer with the how-to videos and opened the accident folder looking for another set of screenshots. Naturally, I had to watch the initial footage and then my video.  I was ready to make the video public but struggled with the graphic nature and having to deal with people’s comments.  Mary and I discussed putting it out there, it being the elephant in the room since June 2018. Together we said let’s do it. The only thing we both wanted was something way less graphic and not having to hear the audio portion of that day again.

The compromise was a select number of photos that we would share along with the first video I recorded after we watched it back in December 2019.  My emotions were raw, it was not easy then, the wounds were still fresh, at least in my mind. Today I felt different, maybe because of all that is going on around us and maybe because time has provided the necessary scaring to move forward but not forget. Somehow, we were ready, and today, with additional editing and even a short voice over, we uploaded the Accident in Photos video.
Posted by Gary at 2:20 PM

I'm not sure I'm ready to watch it. I need to think about it. It helps that I know you are both okay now and back in the sky.

I removed the video of the accident and instead posted photos. I did leave in what I had recorded back in December expressing how I felt and what impact it all has had. Fortunately, life is moving forward and we look at each day as a holiday, each one special in its own way.

Thanks for sharing, Gary. It can’t be easy to put something out like this and I respect that you were able to do it. Heck, I hesitated to watch it myself. I admire the fact that you and Mary were able to take this as a learning experience and to move forward with your dreams. Blue skies and tailwinds, always.

Chris, It took some time to work through it all but I did want to share some of the "rest of the story". That story info happened to be the video or in this case photos. I still have the SD ram and that is tucked away, not sure I can part with it, or really watch it ater the initial views.

We have learned, grown closer together, and continue to move forward. We are so thankful for our family, friends, and the pilot support we received from day one.

Thanks for sharing the accident. I didn't see the video, just the photos. I think you're being too hard on yourself. It's clear you were flying the airplane, and the landing was looking promising until the very end.

I'm sure there are many lessons to be learned. I think you should give the video to a professional like the Air Safety Institute or who can tell the story objectively. This will help others and maybe help you to forgive yourself and move on.

Anonymous, Thank you for your comments and kind words. Mary and I have both moved on, and I have come to terms with that days results. I have foregiven myself, learned from the experience, and hopefully continue to learn each time I fly. Fly Safe.

Just saw your post Gary. Like I told you before, you and Mary surviving is a testament to your professionalism and competence in the cockpit. Most of us would have augered in. You had planned for this long before the accident, kept your cool, and made an amazing emergency landing, in seconds at low altitude. Bravo. Glad you both are back in the air again.

Thanks, Charles. I followed what I was taught to do and managed to survive. Thanks to you we are back in the air. Thanks for being there for mary and I.