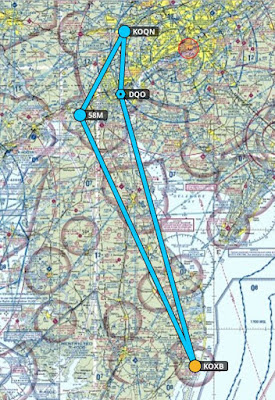 I had swapped text messages with Bob C about giving him a lift to pick up his plane at the same shop I use, Cecil Aero. I ran out of time yesterday so we agreed on an early morning couple of hops to get the pick up completed. 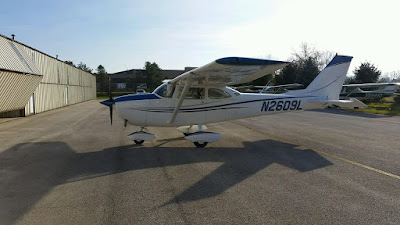 I was in the air just after 8am and climbing for four thousand five hundred.  It was misty around nine hundred feet but enough visibility to continue my climb.  I had filed for this flight and decided to pick up my clearance with Dover Approach, south of the Waterloo VOR (ATR). 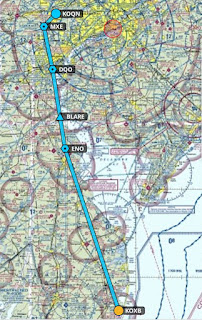 Dover gave me direct DQO, direct KOQN, 5000 feet.  With that, I was on my way riding over what developed into a solid layer. The typical layer always has a defined line, and it usually is around Dover, today it was along  Delaware Airpark, KGED.
I continued my ride along and was eventually handed off to the first Philly sector and then another. I was given vectors to keep me clear of the Philadelphia runway that was in use. First a left turn to three zero zero and then a better on course, three six zero.

Philly stepped me down as I approached Brandywine. I canceled once I had the field in sight.  This is where the fun started. 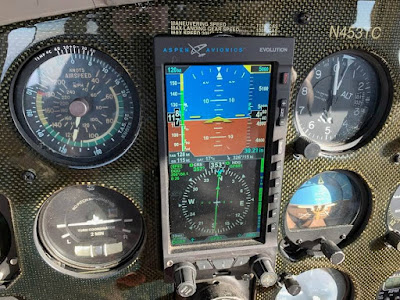 I swapped calls with another inbound aircraft and made for a straight in runway nine. I slowed down and lowered flaps ten degrees. then followed with the gear...I said the gear. Hmmm...I felt them drop but only had a light for the nose and right main. The panel gear warning light was NOT on, that's not good.  The breaker was in, that's good. I fiddled with the light, not trying to focus on it, but instead, flying the plane.  All those NTSB reports pop into your thoughts about people burning a hole because they had a bad light or an open door. 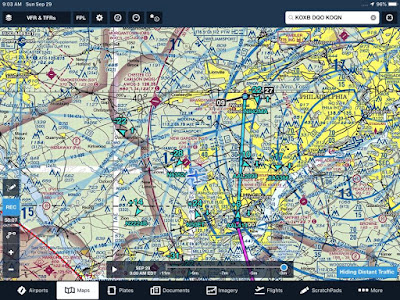 The next check would be the gear warning bell, it comes on with reduced power setting and flaps. Believe me, you can not miss this warning bell, it sounds like the old telephones when I grew up. To be extra safe I asked for a visual confirmation on Brandywine's UNICOM and received said confirmation.  With that I broke off the low pass and climbed for a right traffic pattern for landing attempt two.
Everything went fine and again no warning bells but still no light. I made a gentle landing and taxied to the terminal to pick up Bob.

Bob climbed aboard and we got ready to taxi out for departure. I fiddled with the light while Bob buckled in but could not get it to stay lit. The bulb base looked dirty, like it needed a touch of sandpaper to make a better connection.  Remember it was bright as could be if I held it in.  I'm thinking a bad connection.

We lifted off and made a right traffic pattern, pointing to Claremont Airport, 58M. We bumped along at two thousand feet and made our way to overfly the field. I wanted to check the windsock and I confirmed winds favored one-three. I don't like landing this direction because of the sun glare and wires, and lets not forget those trees. The left main gear light did come when I dropped the gear but went out when I was on final.

It was ride em' cowboy to get on the ground, but we did, and taxied for the shop. I dropped Bob off and made a quick turn for home.

On departure I climbed out and just above pattern altitude a huge buzzard came right over my right wing tip, he was ugly, I was freaking out. At my one thousand foot checks I added check heart beat to my list, check, it's still working.

It was quick ride home taking advantage of this mornings head winds now scooting along with the extra push south. The weather noted winds favoring runway two-zero, with slight changes maybe ten degrees either way every time I checked. I went through the same issue landing, three solid clunks, only two lights, no warning light or bell.
Once I landed and taxied to the hangar I took out the bulb and with my door open rubbed it on the wing walk.  Just like sandpaper, the base of the bulb was nice and shiny.  With that, I screwed it back in and what do you see but three bright green lights.

Next up, a return flight to 58M for the Reiff preheat install. I'll be heading out Wednesday morning.
Posted by Gary at 5:09 PM

Arrow had other lights that could be pulled out and swapped with the gear bulbs. They all had the same sockets, although wrong color of course.

The commander does too, but every time I pushed the bulb it lit. I just worked through the checks and confirmed with the visual.

Glad to see that it was a no issue gear issue!