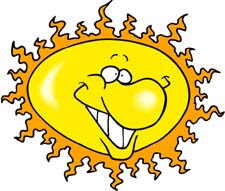 A gorgeous Saturday morning!! Mary and I had to run down to the airport and pick her car up that we had left parked last night. Since she had an extra dirty martini and a glass of wine she decided to take a pass on driving and let me drive us home in the SUV. This morning we wanted to invade Kay's at KCGE, I've made mention of this place in the past. Great crab omelets and mason jar size servings of sweet tea. It was a plan and we were soon headed for the airport.

It was nice to finally get some fly time with my Bride, it's been way too long. All this push to finish the IR does not allow much time for our fun flying or the budget dollars required for the four day get-aways. We climbed aboard 08Romeo and got the fan turning with a long taxi to runway two seven full length. I held short for a Cessna on final then a Citation departing on an IFR clearance. Finally last checks complete and the final switch to boost pump on and cabin air off, we're rolling.

I turned on course at 400' and continued to climb out headed for CGE. The engine sounded different, louder and it seemed almost like my headset batteries were dead and I could hear air rushing buy me. I gave the door a second check and the top end seemed latched but when I gave the bottom a shove she popped open about six inches. Great....I was still climbing out. I know, FLY THE PLANE.

From the Sundowner POH:

UNLATCHED DOOR IN FLIGHT
If the cabin door is not locked it may come unlatched in flight. This usually occurs during or just after take-off. The door will trail in a position approximately 3 inches open. A buffet may be encountered with the door open in flight. Return to the field in a normal manner. If practicable,
during the landing flare-out have a passenger hold the door to prevent it from swinging open.

If it is deemed impractical to return and land, the door can be closed in flight, after reaching a safe altitude, by the following procedures:
1. Slow to approximately 90 mph (78 kts).
2. Apply rudder on side of open door (which will result in a skid) and close the door.

I thought I would try to slip enough to disrupt the airflow on my side of the aircraft so I could attempt to open and close the door, no luck. I made the following calls;

(ME)9:28am Wilmington Tower, Sundowner 08Romeo will be returning to the field. No answer but they did respond to another aircraft asking for left traffic.
(ME)I made a second call; Wilmington Tower, 08Romeo I need to return to the field.
(TOWER) 08Romeo roger, would you like runway three two?
(ME)Three two is good, thanks .
(TOWER)08Romeo, cleared to land three two.
(ME) Cleared to land three two, 08Romeo.
(TOWER) 08Romeo do you need any assistance?
(ME) No, we're good, have a door that popped open. 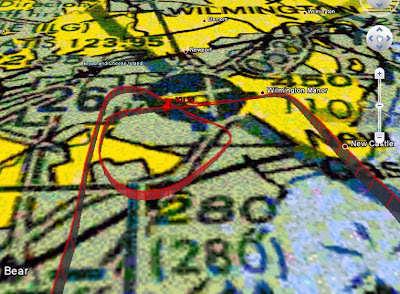 I added approach flaps on short final and made a nice landing. Once clear of the runway I shut the door and taxied back for departure. The rest of the trip was uneventful, as it should be. Kay's at the Airport was closed so we saddled back up for KGED, Georgetown and headed out. A twenty minute trip with a long landing on RWY 22 to exit closer to the restaurant. We were greeted by a lineman and marshaled to parking. I secured the plane and we headed inside to have breakfast. I also decided to top off the fuel taking on 21 gallons while taking advantage of the discount if you eat at the restaurant, hey, ten cents a gallon helps!

Once our tummy's were full we loaded up for home. Mary slept, I looked for traffic and took in the sights. I'm back to the IR lessons on Monday with Tom.

I've had the 150's door pop open once or twice during flight and it's been a non-event. Heck, we even practiced turning the plane with the doors. Makes you want a high-wing with two doors, eh? ;-)

Seriously though, great job flying the plane for an uneventful event!